Today, as I hung out some of the never-ending laundry pile, I was thinking about body image and how shame impacts your perception of yourself. I was four years old the first time I remember letting shame over my body influence my choices. It was at a ballet class where we were rehearsing for an upcoming recital of Peter Pan. All the four-year-old girls were playing Tinkerbell, a flock of tiny, pink tutued fairies. We were on a raised

platform, waiting in line for the male ballet teacher to lift us off and delicately fly us through the air to the other side of the stage. I kept moving towards the back of the line, delaying my turn. I vividly recall dreading the teacher picking me up because I thought he would notice that I was heavier than the other girls. I’m not sure if I was even heavier than the other girls. Photos of me at the time show a fairly average kid, with perhaps a little extra weight in my bulbous head! That haircut didn’t help.

However, each time one of the girls climbed back on the stage, after their ‘flight’, I’d find a reason to wander back behind them. My Mum was sitting in the theatre, halfway back, frowning at me. Eventually, I jumped down from the stage and ran up to her. Even at that young age, I knew admitting that I was embarrassed about my weight was something to be ashamed of. I lied and told her I was scared the teacher would drop me. She told me to stop being so silly and go back on stage. Up I went, only to keep sneaking back in the line. I could feel my Mum’s rising frustration, without even making eye contact. I tried a couple of times to run back up and tell her I was scared, only to be dismissed back to the stage with increasing annoyance. Eventually, she’d had enough. I was running up the aisle, in tears as everyone had noticed my behaviour. The other ballerinas were whispering about me and I could see Mums all around the theatre watching me, confused. My Mum was already packing up her things and storming out of the theatre.

I felt desolate with shame. I knew I’d disappointed my mother and would be in for a decent ear bashing on the drive home. Yet I was so relieved to be leaving. I was willing to take any wrath my Mum could throw at me, rather than risk that man noticing I was heavy. In the car, my mother went through a myriad of admonishments. She was humiliated by me, she was disappointed in me, I’d wasted her time, she couldn’t understand why I do these things. Finally, she said that she’d never take me back to ballet, adding – it’s no great loss to the ballet scene. You weren’t exactly graceful anyway. To be fair, with the exception of the last line, nothing in her behaviour was much different to how I’ve reacted to my kids when I simply couldn’t understand why they were being belligerent over something I deemed trivial. I like to think I was softer, kinder. But my kids may remember things differently. Weeks later she made me go watch the play, reminding me that I could have been up there. Even as I watched all the little girls, looking so pretty and dainty on stage, I was relieved I wasn’t with them. I was convinced that every person in the theatre would have been looking at me thinking – that chubby little girl doesn’t belong up there!

I frequently think about this experience and wonder how a four-year-old had developed such a negative body image. How did I learn to be ashamed of my body? I don’t recall direct comments made to me that young, although as I got older there were plenty, at school and at home. My Mum didn’t like her own body, regularly pointing out her flaws and complaining about feeling fat. I’m aware of how these insecurities can be unintentionally passed down through the generations. Perhaps I’d already started to absorb some of her negativity. I also believe my Mum was ashamed of her kids for being overweight, as she may have felt it reflected badly on her and compounding her own poor body image. Given that I’m now so actively involved in the body positive movement, I’m terribly ashamed to admit there were times that I was relieved my kids didn’t take after me with weight struggles. When talking about my kids to people who’d never met them, I always felt the need to point out that they were slim, laughing that they luckily took after their Dad, not me. I was convinced people were looking at me and assuming I’d raised fat children, and judging me for it (oh that sentence is hard to type these days). Both my daughter and son seem to be comfortable in their body image, so hopefully, I found body peace early enough to vaccinate them, but only time will tell.

A few years ago, I was having a conversation with my Dad about the struggles all three

of his children had with weight. He commented that it couldn’t be anything to do with their parenting as both he and my Mum had always been slim and had no food issues. I looked at him shocked and said ‘Mum always struggled with her weight, she was constantly on a diet. She used to call herself Nurse Fatty whenever she put her nursing uniform on!’ My father would hear none of it, I was speaking rubbish. It was only then that I realised, she may have kept those self-doubts from him, only voicing them around me. He was adamant that she’d always been slim and never needed to lose weight, strangely pointing out that she was only 45 kilos when she died. An odd thing to mention, given she died of lung cancer, which was the reason for her tiny frame at the end. When I told my husband and brother about this conversation, both of them surprised me by commenting that they didn’t think of Mum as being overweight. I went through photos of her and noted that she was a lot smaller than I remembered her. Was my image of her distorted, because she’d complained about

being fat so regularly to me? The same way I look back at photos of me when I was in my twenties and notice that I wasn’t large at all. I clearly remember how much I detested my body in those days. I walked into every room and compared myself to other women, resigning to the ‘fact’ that I was the biggest. I can still feel the visceral shame and disgust.

Yet, here I sit, the largest I’ve ever been, and the shame just isn’t there anymore. Along my journey from loathing to loving, I’ve intentionally changed my language. I refuse to use the word ‘shame’ for my body anymore, internally or out loud. If I try on a piece of clothing and note it no longer fits, I still get a little disappointed. But disgust never enters the dialogue. It just is what it is. Right now, I don’t feel completely comfortable in my body. My injured knee is aching often and I can’t sustain high-intensity exercise for long. Years ago, this feeling would have sent me on a spiral of shame, leading to diet shakes, food deprivation and outbursts of exercise that my body wasn’t fit enough for. My mind would have become singularly focused on weight loss and I’d have verbally abused myself daily. You are fat, you are ugly, you aren’t worthy of love, your husband doesn’t want to touch you, you are an embarrassment, you should be ashamed of yourself.

These days, I take stock of how my body feels and acknowledge when I don’t feel a spark of vitality and that isn’t good. Rather than call myself fat and lazy because my knees hurt when I walk too far, I reframe it as – I need to build up my strength so I can be active without pain. When clothes don’t fit, I no longer collapse in a heap on the floor and refuse to go out. I accept that I can’t wear what I wanted right now, so I put on something loose and comfy and load myself up with jewelry to feel glammed up if that’s what I’m seeking. It seems so simple, but these small changes have gone a long way towards eliminating shame from my vocabulary.

I wish I could tell four year old me to say ‘Who cares what that guy thinks – I’m going to dance my heart out!’ But then again, my Mum was right about one thing – I was never going to be a ballerina – and there is no shame in that! 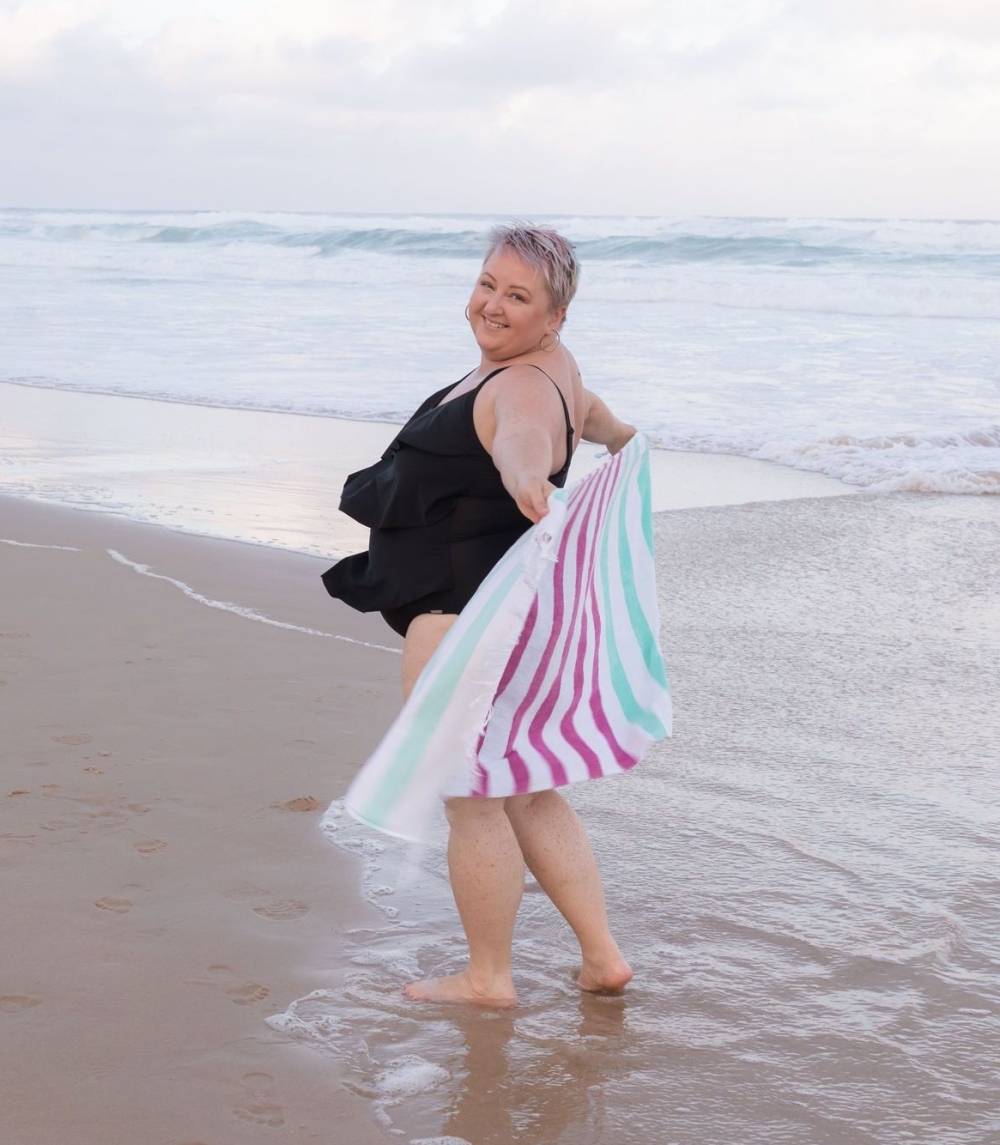